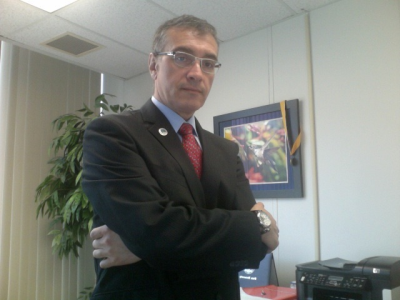 Mr. Rendon has served the academy for 20 years as keeper and custodian of the academic record at the George Washington University, The Air Force Institute of Technology at Wright Patterson Air Force Base (AFIT), Ross University School of Medicine, School of Veterinary Sciences, Texas A&M University-Corpus Christi (TAMUCC) and most recently appointed the University Registrar at Sul Ross State University. In his tenure Rendon has leveraged organizational - process management principles and technology to reinvigorate the conversation amongst academic professionals as to "how does the academy credibly bring its time-honored practices into the digital age. Recognizing the changing landscape of the academy has served as his springboard to undertake projects that digitize data and make data available to stakeholders. Having partnered with digital credential providers to be the first in the nation to deliver digital credentials to graduates in Texas.  "Digital credentials such as diplomas, certificates, badges, and experiential transcripts are the next step in the evolution of academic credentials" and will allow students to share their credentials on social networks such as LinkedIn, Facebook, and Twitter.